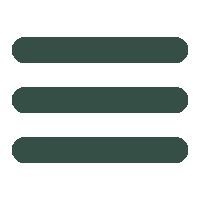 Gerisan is a naturalproduct from the rootage of Bloody Cranesbill(Geranium sanguineum).
Except the individual successes in the use of vaccines, mankind does not dispose yet with sufficient reliable and universal means for combating viral infections.
Many Bulgarian scientists have studied medicinal plants from our geographic range as regards to their antiviral effect. The carried out research work in virology initially has had screening character. The development of molecular biology and virology revealed new horizons in the knowledge about viral reproduction and of course the ways of it being influenced.
The preconditions for success in the creation of medication of plant origin with antiviral effect in Bulgaria are numerous. Firstly, it is the exceptional abundance of medicinal plants which can be found in our nature. The age long experience in their use in folk medicine, having created outstanding healers /Ivan Rilski, Ivan Raev, Dimitar Dimkov, Dimitar Krastev/is very important.
Indisputable fact is the presence of scientists of global magnitude in phytotherapy/Veselin Petkov, St. Ivancheva/ and in virology/Маnolova, Маximova, Sabeva, Lasev, Dundarov, Аndonov, Serkedzieva/.
The medicinal plantGeranium Sanguineum L /Bloody Cranesbill/ is profoundly and in detail studies by many Bulgarian authors. Expressed inhibiting effect has been established against the reproduction of some strains of the flu virus from the isolated from it polyphenol complex. The polyphenol complexacts on the biological activity of the virus which is accounted for on the hemaglutation titer and competes with the virus and the glycoproteins of the cellular membrane and inhibits some phases of the viral infection. Due to its small molecular mass the polyphenol complex penetrates through the cellular membrane of the already infected cell and inhibits the intracellular stage of replication of the virus.
There are experimental results which allow us to assume that thepolyphenol complex, obtained at extraction ofGeranium Sanguineum L /Bloody Cranesbill/, in certain concentrations completely inactivates the infection activity of the flu viruses.
In Bulgaria, a medication has been developed and produced from the roots of Bloody Cranesbill /  this part of the plant is most abundant inpolyphenol complex/, calledGerisan. It has been at the market since2001and for the expired time sufficient experience is collected through its application in prophylactics and treatment of viral infections as in general.
Gerisan, applied in dosages of 1 capsule a day, significantly reduces the likelihood of flue infection during epidemics.
All these studies give us grounds to assume with great rate of confidence that Gerisan can be used in prophylactics of the particularly hazardous and deadly viral infections like bird flu, swine flu and etc.
Scientists think that in combination with the synthetic preparationRemantidin, Gerisan has the potential to create even higher protection from viral infections.
The capacities and the wealth of our nature, as well as the strength of our science are reflected in Gerisan.